Captivating Language: Vocabulary As A Means of Grace 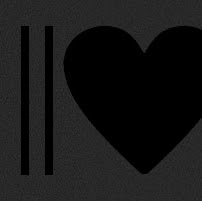 **To be fair to all who read this, I must warn you right off the bat that this entry contains a topic with some language that some may find a little harsh, or offensive.  Some may even consider it to be downright vulgar, but that's okay.  Read at your own discretion.  - Shon
Christian singer/songwriter Derek Webb's latest release has been put on hold by his record company.  If you are a fan of his music, you know by now that Webb is no stranger to controversy.  However, this time it appears that some of the content is just too much for the label to handle...(more here)
The majority, but not all, of controversy seems to revolve around one song in particular, which contains the word "shit". Much of the context of the usage is unknown, but some have stated that it is about the Christian community's treatment of certain groups of people (race, sexuality, etc.). In the light of scripture, what is it that makes the use of this word so bad? Granted, it is considered by the majority to be "offensive", but what is it that makes a stand alone word a sin?
This is a topic that I've actually had experience with first hand. At my old church, this very topic came up when we were talking about taking the Lord's name in vain and swearing.  The problem with most seemed to be a vocabulary issue on the basis that no one seemed to have a clear understanding of what either of these things truly meant. The pastor leading the bible study gave a great example of the use of  the highest of all the "swear words", God Damn. He gave the example of a seminary professor that frivolously taught students to say these words in several different languages.
"Now, which is worse? What this professor was doing, or calling something a 'God-damned lie'? The professor is teaching people to just arbitrarily throw this phrase around for the purpose of amusement.  But there may be a time when the phrase is appropriate. We have to be careful in how and when we say things.  Those words should not be taken in vain or lightly, but sometimes a God-damned lie is just a God-damned lie."
Obviously some were offended, but you also could see the light start to go on.  This isn't about vernacular, this is about the situation. Here's an example:
The serpent tells Eve that she will not surely die if she eats of the tree of knowledge (Genesis 3:4).  Now, would it be a sin to call that a God-damned lie?  Absolutely not. However, it is wrong for me to invoke the name of God to damn someone or something.  That would be taking the Lord's name in vain and speaking where God has not spoken. It is more sinful for me to say "God wills it" when I have no authority to do so, than it is for me to utter a four letter word that may offend cultural sensibilities.
Now, before you rally the pitchfork brigade, we have to make sure that we understand these things from a biblical perspective.  Here is where most would make a case against using such language by quoting Ephesians 4:29. But we must take note of the verse, for it says clear "as fits the occasion".  Words are given in order for us to appropriately communicate or convey our message. That sentence alone would make no sense to someone who lacked the vocabulary to comprehend it (i.e., a child). So, I would have to find another way to say it.  There is plenty of strong language in Scripture itself.  One of the first verses that comes to mind is Paul speaking Philippians 3:7-11. In verse 8, we see the word rubbish being used, but this has been cleaned up over the years by translators.  The actual translation of the word is dung. That's right.  So if I were explaining this verse to someone, and I said that what Paul is trying to say there is that he counts everything else as shit in comparison to knowing Christ, would I be wrong?  I guess you could say that it all depends on who I'm talking to.  If it were a five year old, disdain would most definitely be warranted. But what if I'm sharing the Gospel with an inmate, gang member, or a biker (not of the Lance Armstrong variety)? After all, I could replace dung with quite a few words that I'm sure would offend someone: Boo-Boo, Dookie, Crap, Feces, Doo-Doo, Poop...the list could go on and on, and we haven't even touched other languages yet.  It will all depend on the understanding of the person with whom I'm speaking and what end I'm trying to accomplish (Colossians 4:5-6).  This is truly what decides whether the words we use are profane or not.
Soli Deo Gloria,
Shon
Posted by Shon at 4:01 PM No comments: 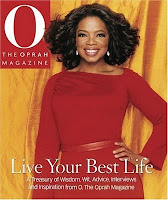 It appears that our friend, Mr. Puritan, is becoming a pretty popular guy...
As a result of his public forum debate/discussion with President Obama, Mr. Puritan is invited to be a guest on Oprah's Web Show to discuss Religion, Spirituality, Liberty, and Freedom.
Soli Deo Gloria,
Shon
Posted by Shon at 6:20 PM No comments: 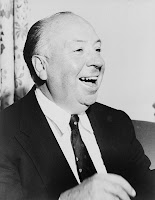 Good Evening.
Since this is my 100th entry, I wanted to do something a little bit different...
Have you ever wondered what would happen if one of the original founders of this great land of ours was able to have dialogue with say...I don't know...President Obama?! Me too!! The only problem is that I don't have a time machine, so I came up with the next best thing. I decided to try my hand at movie making. It's an independent film, so forgive the production value, but I think that the dialogue is worthwhile.
So without further ado, I present for your approval...
Mr. Puritan Goes To Washington!!!
Soli Deo Gloria,
Shon
Posted by Shon at 7:38 PM 1 comment:

How to Kill and Be Killed 101: The Real Reason That People Go To Hell 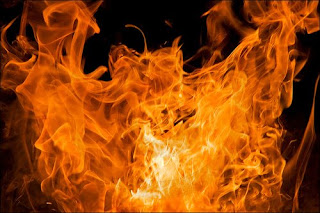 Often times, you will hear Christians say that the reason that people go to hell is because they failed to believe that Jesus is the Messiah and the One true Lord and Savior. However, if we examine the scriptures carefully, we will see that this is just not the case. I know this statement may seem a little confusing at first glance, but let's unpack this notion carefully.

It is safe for all who are Christians to affirm and proclaim that if you don't believe in the person and work of Jesus Christ that you will go to Hell. What is not safe to affirm or proclaim is that this is the reason that you are going to Hell in the first place (which is the implication that the statement seems to lend itself). We must remember that Jesus' life and death were sacrificial, not damning. Jesus died to bring us to God, not to further solidify our condemnation. I think that one of the problems for the confusion is that we have a strong tendency to read John 3:16 and then stop there, never paying attention to how Jesus explains the implications of it in the verses that follow (John 3:17-18). People end up in Hell, not because the don't believe in Jesus (first and foremost), but because they are in fact sinners deserving of punishment.  When a person rejects Christ as the Messiah and the salvation of their soul, it simply shows that God is just in his judgement in sending anyone to hell, due to their hostility toward him (John 3:19-20, Romans 8:7).
This may just all sound like an exercise in mere semantics or hair-splitting, but it is much more than that.  The implications on the way we do evangelism and view sin (both our own and that of others) run very deep.  First of all, as far as evangelism is concerned, a misunderstanding of what Jesus actually accomplishes in life, death and resurrection will serve to diminish the threat of our already existing condemnation.  In other words, people will never truly understand what they are being saved from.  This ties right into the second point; since our condemnation doesn't proceed salvation under these implications (i.e. "God loves you, and has a wonderful plan for your life"), the need to accept Jesus will be diminished as well.  After all, if you don't know that you're sick, why would you need a physician?  This leaves wiggle room for us sinners to run to our "works".  We are all rich young rulers at heart - ready to deceive ourselves into believing that we are good enough on our own.  Therefore, accepting Christ becomes superfluous.  This is where true danger lies; as we have seen in passages of scripture above, natural man will sooner leave it than take it.
We must remember that there is no good news without the bad news first.  But, the bad news is not that unbelief will surely send you to Hell.  The bad news is that we're going to Hell already (and rightfully so!).  But a prodigal God has been gracious and has provided a substitute in his own son, and laid the punishment due squarely on his shoulders.  All we must do is repent of our sins and believe in him who has paid the debt for us (Isaiah 53:5, Acts 17:30-31, Romans 5:12-21).
When you hear it put that way, why would you ever want to screw that up?  It's our only hope...at the Cross is where we are forgiven, not condemned (John 12:31-33, Romans 3:21-26, 1 John 2:2; 4:10).
Soli Deo Gloria,
Shon
Posted by Shon at 9:52 AM No comments: