I originally posted this article on January 24, 2006. However, due to recent discussions and developments in our current politcal climate (on both sides), I thought this would be a good time restate some things of first importance on the political matters at hand, as well as try to help shed whatever light that I can gather on the subject to bring these thing to there much deserved place at the forefront of our hearts and minds. Grace and peace... 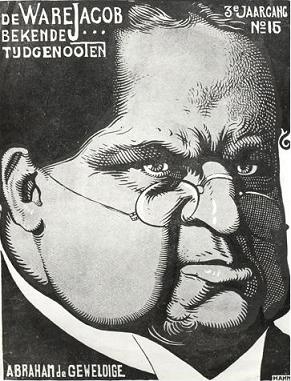 "Do not bury our glorious orthodoxy in the pit of spurious conservatism." ~ Abraham Kuyper (Dutch Theologian, Statesman, Journalist and Prime Minister of The Netherlands)

"The Church's sphere of authority relates to the civil gorvernment at the level of morality. The church has the responsibility to comment on the morality of governments and their policies on the basis of God's word, but should not appropriate to itself the power to set such policies. Whereas these assessments may foster political action among Christians, they should act in their capacity as citizens rather than as a representatives of the church. In this way the gospel works through moral persuasion and the working of God's grace among citizens."
"Let every person be subject to the governing authorities. For there is no authority except from God, and those that exist have been instituted by God. Therefore whoever resists the authorities resists what God has appointed, and those who resist will incur judgment. For rulers are not a terror to good conduct, but to bad. Would you have no fear of the one who is in authority? Then do what is good, and you will receive his approval, for he is God's servant for your good. But if you do wrong, be afraid, for he does not bear the sword in vain. For he is the servant of God, an avenger who carries out God's wrath on the wrongdoer. Therefore one must be in subjection, not only to avoid God's wrath but also for the sake of conscience. For the same reason you also pay taxes, for the authorities are ministers of God, attending to this very thing. Pay to all what is owed to them: taxes to whom taxes are owed, revenue to whom revenue is owed, respect to whom respect is owed, honor to whom honor is owed. Owe no one anything, except to love each other, for the one who loves another has fulfilled the law. The commandments, 'You shall not commit adultery, You shall not murder, You shall not steal, You shall not covet,' and any other commandment, are summed up in this word: 'You shall love your neighbor as yourself.' Love does no wrong to a neighbor; therefore love is the fulfilling of the law." ~Romans 13:1-10 (ESV)


"Be subject for the Lord's sake to every human institution, whether it be to the emperor as supreme, or to governors as sent by him to punish those who do evil and to praise those who do good. For this is the will of God, that by doing good you should put to silence the ignorance of foolish people. Live as people who are free, not using your freedom as a cover-up for evil, but living as servants of God. Honor everyone. Love the brotherhood. Fear God. Honor the emperor." ~1 Peter 2:13-17 (ESV)