This week, we begin our new study by Tim Keller called, Gospel in Life - How Grace Changes Everything. In our first discussion we take an in-depth look at what it means to be a child of God in the city of man. After all we are to be in the world, but not of the world...so, what exactly should that look like? We also discuss God's purpose for the City and how we as followers of Christ can help to recover and restore that intent in the cities where we live through service. Many other interesting things are discussed as well, including a brief discussion on "How Should We Then...Drink?!".
Awesome and insightful time as always. Can't wait to see what happens in the weeks to come...

To read the article/essay that I made reference to writing, here is the link: 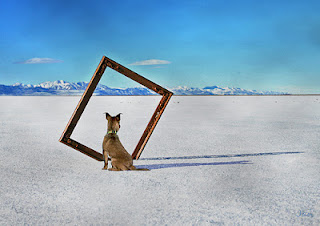 In the age of storage wars, cupcake shows
And movies about parking lots
Our longing for the ultimate entertainment experience
Has left us searching the bottom of the cereal box
For a prize that doesn’t seem exist…
So now, we’re being led to believe that the very notion
Of something other than our present reality is a myth
Score one for boredom in the win column
Because this Brave New World experiment
Has left us empty and solemn
With a penchant for comedy
And a love for treasure-seeking
Only to find that here, the moths and rust destroy it
So we inevitably end up with neither


“Do not lay up for yourselves treasures on earth, where moth and rust destroy and where thieves break in and steal, but lay up for yourselves treasures in heaven, where neither moth nor rust destroys and where thieves do not break in and steal. For where your treasure is, there your heart will be also. The eye is the lamp of the body. So, if your eye is healthy, your whole body will be full of light, but if your eye is bad, your whole body will be full of darkness. If then the light in you is darkness, how great is the darkness!”

Soli Deo Gloria,
Shon
Posted via email from THE CENTER (ROOM 116)
Posted by Shon at 10:30 AM No comments:

Eventually, it all comes down to zeros and ones
Whether it’s the sum of your bank account
Or the last day to come
Credited with a federal deficit
From an act of confederate arrogance
Lord, grant leniency for our inconvenience
Because the ledger won’t ever find a balance

No power to the people –
Dying on empty bellies and wallets
But the no. 1 killer of the nations
Is that they perish for a lack of knowledge
Deprived and depraved
Because I don’t give a damn
About the rising poverty level
And the notion of goodness is a sham

Bake it but don’t break it
Pressed down and shaken, but not stirring
The collective conscience of the people
To feed the needy and to serve them
Salvation’s army shouldn’t ever come to harm me
Whatever happened to the Great Commission
Or showing faith, hope and charity?
Hilarious giving is no laughing matter
When you serve the Suffering Servant
It’s not an option – Follow after Him

No, the task of salvation
Isn’t to make you a better person
Or for you to appear perfect and blameless
To a world that’s starving and hurting
We’re just the finger pointing at the moon
Which gives us light by reflecting the sun;
So in the end, it just goes back to the beginning
It all comes down to zeros and ones…

"But let us now, as in bad plight, devise
What best may for the present serve to hide
The Parts of each from other, that seem most
To shame obnoxious, and unseemliest seen,
Some Trees whose broad smooth Leaves together sew'd,
And girded on our loins, may cover round
Those middle parts, that this newcomer, Shame,
There sit not, and reproach us as unclean".

So counsell'd hee, and both together went
Into the thickest Wood, there soon they chose
The Figtree....

Unknown –
Living bad to the bone
Thinking like a three year old child
Even though my body’s fully grown
Traded the very best
For an absolute mess
Now the stress is gonna to kill me
While I’m breaking a sweat
Wet from the waist down
Because I’ve pissed away my future
Wife was dead wrong
And the serpent’s a bad tutor
Passed over the fruit of the vine
For knowledge not mine
Only to whine about the outcome
Because I fell for the lie
Hook, line and sinker
This shattered image is tanking my demeanor
Until a Fisher of men stepped in
And played the role of Redeemer
My disease was my disease –
Couldn’t see the garden for the tree
So I went from naked and unashamed
To using the foliage to cover me
Until it begins to wither away
In the heat of the day
And the ground is spitting up seeds
Because it’s starting to betray me
Reminds me of where I come from
And where I’ll be going
We’re all keepers of a dirty little secret
With nothing to show for it
No “S” on my chest or bulletproof vest
Is going to stop the fate of a defective heart
And a mind covered in darkness
Living east of Eden for committing high treason
Forgetting all the while
That we never had a good enough reason
To leave it all to chance
And face the coin toss
To see who’d get to be the boss
In the land of the lost
Found by the Good Shepherd
Because he paid the cost
To bring us into the fold
Never again to be tossed
Laid it all on the table
No Cain because he’s able
He truly is his brother’s keeper
And his hand is stable
The one true Prodigal
Who makes life eternal possible
By justification through his blood
For completely unworthy hostiles

Zeros & Ones: The Prodigal God

In this study, we look at the parable known as the "Prodigal Son" (Luke 15:1-3; 11-32). With the help of Tim Keller, we get new perspective on the traditional belief and perception of this teaching of our Lord; discovering the two ways of "lostness", the need for divine initiative in salvation, Who the true Prodigal is in this parable, and Christ's role as the true elder brother (his righteousness v. our self-righteousness)...

Zeros & Ones: Importance of the Resurrection (Week 4 Finale)

We finish up our excellent study on the implications of the resurrection of Christ with a lively in-depth discussion on how the eyewitness account of Thomas can be applied in our own lives and our evangelism, what the implications of the resurrection are in this life and how it gives us hope now in the face of death, and finally, how this changes us forever.

Zeros and Ones: Importance of the Resurrection (Week 3)

We continue our study and discussion on the implications of the resurrection of Christ...This week as we go further up and in, we cover the significance of the Last Supper leading up to the resurrection and the validity of the eyewitness accounts. Also, how the resurrection serves as hope for us in our current lives when faced with trials and suffering and how this translates into the hope that we articulate in our evangelism.

Tired of dealing with all of the stress and strife

That comes along with dealing with these daily vices

Tired of trying to live up to the expectations

And looking at the disappointed faces

Tired of the lies that the media’s selling

Will always end up failing

I’m tired of you…

And all the times that we fight

About how it’s not supposed to be

In a world where evil appears to get a free pass

And makes everything disgusting

Tired of all the raping and the killing

Tired of pretending that everything’s so copasetic

When my inner state of love and trust

I’m tired of being alone…

I’m tired of being a drone…

I’m tired of sending out a call for help

And having no one answer the phone

Tired of the unwelcomed favors

And only receiving minimum wages

Tired of always having to turn the other cheek

While the rich build empires

On the backs of the lower class

And the mighty devour the weak

Tired of this illusion of autonomy

That I’m free to do what I want

And that someone out there

Has something they owe me

I’m tired of being vexed…

I’m tired of being over-sexed…

I’m tired of always trying to get better

But never giving my best

I’m so tired of hearing the best news ever heard

And not remembering what was said

I’m so tired of having all of the information

But never a damned thing in my head

I’m so tired of being tired of everything

And it’s starting to make me sick

There’s only one thing left to hope for…

For I consider that the sufferings of this present time are not worth comparing with the glory that is to be revealed to us. For the creation waits with eager longing for the revealing of the sons of God. For the creation was subjected to futility, not willingly, but because of him who subjected it, in hope that the creation itself will be set free from its bondage to corruption and obtain the freedom of the glory of the children of God. For we know that the whole creation has been groaning together in the pains of childbirth until now. And not only the creation, but we ourselves, who have the firstfruits of the Spirit, groan inwardly as we wait eagerly for adoption as sons, the redemption of our bodies. For in this hope we were saved. Now hope that is seen is not hope. For who hopes for what he sees? But if we hope for what we do not see, we wait for it with patience. Likewise the Spirit helps us in our weakness. For we do not know what to pray for as we ought, but the Spirit himself intercedes for us with groanings too deep for words. And he who searches hearts knows what is the mind of the Spirit, because the Spirit intercedes for the saints according to the will of God. And we know that for those who love God all things work together for good, for those who are called according to his purpose. For those whom he foreknew he also predestined to be conformed to the image of his Son, in order that he might be the firstborn among many brothers. And those whom he predestined he also called, and those whom he called he also justified, and those whom he justified he also glorified.

He who testifies to these things says, “Surely I am coming soon.” Amen. Come, Lord Jesus!