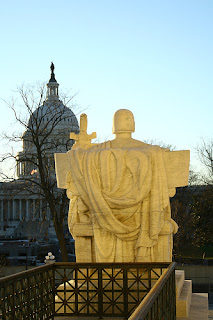 Now we know that whatever the law says it speaks to those who are under the law, so that every mouth may be stopped, and the whole world may be held accountable to God. - Romans 3:19 ESV


If you had a projector
Connected to my head and my chest
It would showcase nothing but an independent festival of darkness
Bleak thoughts to match a black heart
Every matinee selling out to the sinful desires of my humanity
You know Kierkegaard was right;
You’d be shocked and amazed at what a sane man
Dreams about doing in the broad daylight

And if accountability of consequence
Lifts even for a second
The fantasy becomes reality…
What masters of debauchery we are
Nightmare walking…
Psychopath, stalkin’…
A Gorilla in the mist
Notorious for poppin’ off with my two lips…
With two fists up

Because I consider every punch I throw
To be therapeutic or medicinal
Because if there is no God
Then everything is permissible to us
It all boils down to dust
Knocking the rusty latch off of reason, then
Now it’s like someone opened up a floodgate
And in a blind fit of rage
Recklessly misplaced a wooden stake –

I’m a rebel whose primary cause
Is to be an embarrassment to my inheritance
I don’t want a share…I want it all
And now I’ve got it; A bunch of empty wallets
In a clenched fist of covetousness
So there’s a rumble coming from deep within the jungle
Because my Father’s given the order to give chase
“LEX REX” on my chest branded with ten phrases
Serve as a valuable reminder
Lay down my arms and wait for grace
Or just keep running, only to die tired


For all who rely on works of the law are under a curse; for it is written, “Cursed be everyone who does not abide by all things written in the Book of the Law, and do them.” Now it is evident that no one is justified before God by the law, for “The righteous shall live by faith.” But the law is not of faith, rather “The one who does them shall live by them.” Christ redeemed us from the curse of the law by becoming a curse for us—for it is written, “Cursed is everyone who is hanged on a tree”—so that in Christ Jesus the blessing of Abraham might come to the Gentiles, so that we might receive the promised Spirit through faith. - Galatians 3:10-14 ESV

Great poems! Thanks for sharing. :)