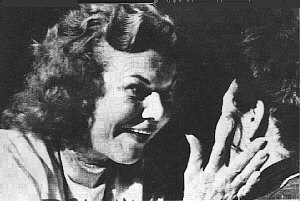 "I am astonished that you are so quickly deserting him who called you in the grace of Christ and are turning to a different gospel-- not that there is another one, but there are some who trouble you and want to distort the gospel of Christ. But even if we or an angel from heaven should preach to you a gospel contrary to the one we preached to you, let him be accursed. As we have said before, so now I say again: If anyone is preaching to you a gospel contrary to the one you received, let him be accursed."
- Galatians 1:6-9 (ESV)


Since I've started blogging, I've been getting a lot of strong reactions from friends and family. "Wow, we thought you liked being a Christian", or even better, "Don't you think that you're overreacting--it's really not that bad", they'll say.

Well, I would have to disagree (I know-- big shocker, right?). You have to understand that most people these days get their "theology" the same way they get all of there other "pertinent" information; through the television. While some do actually attend a church regularly, televangelist still play a heavy role in shaping most Christians' theological point of view, due to the simple fact that some have a hard time discerning what is actually sound theology. I've even seen a situation where a person belongs to a biblically based, doctrinally sound congregation, yet still cannot hear or see the difference between the message of their own Pastor and your everyday run of the mill "Televangelist huckster". So, in order to show that I'm not just paranoid or trying to turn molehills into mountains (I'm not the first to point these things out and I surely won't be the last), I have decided to to add a series of entries (to be done periodically) known as "Evangel Lies" to my blog space. I have to say right now, that not ALL televangelists (or ministers that come on television) are bad. I am simply doing this to show what some of the more prominent ministers, particularly from the Word Faith-Prosperity (aka "third wave") movement are saying, and the theology (or lack thereof) that lies behind the purpose of these ministries. It will also be used to discuss certain spurious trends of teaching and preaching in modern evangelicalism all together by examining these ministers in their own words when held up to the light of Scripture. Most of all, I want to use this segment, even more so than others, to encourage fellow brothers and sisters in Christ to search the scriptures to find out if these things are so, in order to be able to determine truth from error based on the Word of God alone. It is not my hatred for these men and women that compels me (as I hope that they will be convicted of their sin), but my love for Christ and His Church.

All that being said, on with the show...the first disscussion is on the way.


"Pay careful attention to yourselves and to all the flock, in which the Holy Spirit has made you overseers, to care for the church of God which he obtained with his own blood. I know that after my departure fierce wolves will come in among you, not sparing the flock; and from among your own selves will arise men speaking twisted things, to draw away the disciples after them."
- Acts 20:28-30 (ESV)