The Scarlet Crooked Letter: Sex and the Church 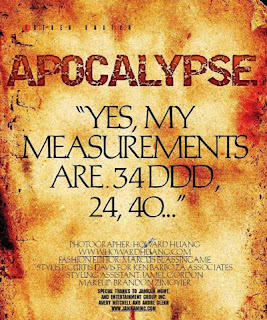 
The topics of sex and sexual sin are an unturned stone in most of today's churches. They're not given their just due in terms of severity. Even among congregations that would consider themselves to be "with the times", "relevant", "contemporary", or whatever they may call themselves, this topic still carries with it a certain stigma. If it is mentioned, it's usually going to be thrown into a mix of other things, as so not to seem exclusive. After all, no pastor wants to be seen as a pervert, right?

A good example of this would be an incident that occurred at Houston Baptist University several years ago. There was a musician/evangelist that was invited to come and speak there because of his extensive work with youth and young adults. The guy was great. He was real. In one of his sessions on dealing sin he began to talk about sex. But he didn't do it in a passive manner. This guy knew his audience well enough to know that when you are dealing with young adults in a sex-crazed society, you have to dig in--and dig in he did. He explained the seriousness and how he had seen lives broken. Not only that, but he also went on to tell us about his own personal struggles; how some years back he had gotten off into pornography and other sexual indiscretion. The minister explained how God had indeed brought him out from under the bondage to these things, but that it had not been easy--one of the reasons that he always traveled with some one was for accountability purposes because being on the road presented him with temptations of which he wanted to safeguard himself against. "Wow", I thought. I had never heard anyone who professed to be a Christian handle sex in that manner (let alone a minister). I was encouraged after that day. I wasn't alone in the struggle. This was indeed good news. However, the administrators of the university had a different take on the issue. The student body was informed that he would not be returning because of the content of his discussions. In other words, he was too racy. Mind you, he never glorified any sexual escapades, nor did he give any gory details about anything of that nature. The only gory details that were discussed were the weight and effect these types of sins can have on your mind and heart. But more importantly than that, we got to hear from a man of God who presented himself for what he was (a sinner saved by the grace of God) and a cautionary tale of how the effects of certain sins can still linger; they are not willing to go quietly. Unfortunately, the message wasn't conservative enough. He also didn't exactly try to paint a rosy picture of himself. He presented himself as the broken vessel that he was and it cost him a speaking engagement.

However, sex is quite a topic in the bible. God seems to take sex very seriously--all kinds in fact. In both the Old and New Testaments we have a wealth of knowledge about human sexuality. We have historical records, as well as instructions on how we as humans should conduct ourselves accordingly. The most striking thing to me is that in the book of Proverbs, David revisits the subject of sexual indiscretion and purity many times over when giving advice and warnings to his son, Solomon. Even better still, in the Song of Songs (or in some bibles, Song of Solomon) paints a wonderful picture of two young people talking to one another in a very open manner about the anticipation of the consummation of their marriage. They even go as far as to describe each other's physical features!! This is a little too much for some church folks, so we've remedied that pesky little problem by allegorizing this book to the death. It's no longer about two young lovers, but about Christ's love for his bride--The Church. This may very well be the case (to a certain extent), but there is no way around the fact the allegory does not hold up throughout the entirety of the book. Things like this are at the crux of the problem. We avoid or reshape the issue so that we don't have to deal or look at it honestly. We begin to think that living in a world is so sexually charged, talking about sex in any manner will only add fuel to the fire. So, we just do away with it altogether. This leaves many Christian men and women to fend for themselves. Instead of opening our bibles and dealing with sexuality in a God-honoring fashion, we are left to formulate ideas based on secular cultural standards which have a tendency to run counter to what know (or should know) to be true. I can't tell you how many times I've heard Christians say that, "Oral/Anal Sex doesn't count", "It's okay if you're getting married", "It's okay to watch Porn if you're married", etc. They are left to justify themselves according to their own standards while trying to hang on to mere conservative morality by a pathetic thread.


Learning How to Blush (again)

While it is true that we live in a society that makes it extremely hard to remain sexually pure, the best way to combat this is to have right thinking on the issue as to be able to flesh out right living to the glory of God. We need to recover an appropriate sensitivity for this issue and handle it accordingly. For example, as a martial arts/self-defense practitioner and part-time instructor, I deal with violence. I throw punches and kicks as a way of exercise. I learn how to use knives and other weaponry. Most outsiders who witness some of the training sessions are shocked at the things that are taught. They can't comprehend why anyone should be learning these things or would want to learn them. They see it all as further glorification of violence in an already violent society. To them, I usually offer a simple reply:

"It's not about fighting, it's about surviving; if you don't know the difference going in, you're going to die."

The truth of the matter is most people do get into martial arts or self-defense training for the glory of the fight. They're not very humble and they take things lightly--eager to mix it up. However, as they learn how to defend themselves properly, they also begin to gain the right attitude. They begin to appreciate their new found wealth of knowledge and become much less eager. Why? Because they now understand that violence is more than just something on television--they don't revel in the fact that they can hurt, but often times when confronted they refuse to do so. It is something that should be used with the utmost care and caution because the consequences of there actions could be costly or even fatal.

And so it is with sex. One of the main reasons that sexual misconduct runs rampant in the christian community today is because we have forgotten our compass for navigating the waters. In a culture that bombards us with sexual images and words, we forget how to blush--we just don't let it effect us (or so we would like to think). Instead of teaching parishioners and church-goers how to properly combat sexual sin and temptation, we throw the baby out with the bathwater. We make it so uncomfortable that it cannot be discussed at all. We overemphasize Christian singleness (which is not a gift that everyone possesses) instead of teaching proper use of single life while you wait for the Lord to bless you with a husband/wife. People become afraid to bring it up, so in turn we privatize it and develop our own set of standards by which they judge what is good and pure; all the while the Bible is waiting there for us to use in all its honesty, carefulness, and purity. It is God's word that shows us the better way to deal with our sexuality. This is something that has been given to us as a gift from God to be used for his glory. To gain a better appreciation and care for this gift, we must look to the Gift-Giver. If we are to find our way through the darkness of sexual fruitlessness that the world has to offer we must let the scripture be our light and guide.

And I don't like what You got me hanging from...

My son, be attentive to my wisdom; incline your ear to my understanding, that you may keep discretion,and your lips may guard knowledge. For the lips of a forbidden woman drip honey, and her speech is smoother than oil, but in the end she is bitter as wormwood, sharp as a two-edged sword. Her feet go down to death;her steps follow the path to Sheol; she does not ponder the path of life; her ways wander, and she does not know it. - Proverbs 5: 1-6 ESV


Drink water from your own cistern, flowing water from your own well. Should your springs be scattered abroad, streams of water in the streets? Let them be for yourself alone, and not for strangers with you. Let your fountain be blessed,and rejoice in the wife of your youth, a lovely deer, a graceful doe. Let her breasts fill you at all times with delight; be intoxicated always in her love. - Proverbs 5:15-19 ESV


An excellent wife who can find? She is far more precious than jewels. The heart of her husband trusts in her, and he will have no lack of gain. She does him good, and not harm, all the days of her life. She dresses herself with strength and makes her arms strong. Charm is deceitful, and beauty is vain, but a woman who fears the Lord is to be praised. - Proverbs 31:10-13, vv. 17, 30 ESV

I adjure you, O daughters of Jerusalem, by the gazelles or the does of the field, that you not stir up or awaken love until it pleases. - Song of Solomon 2:7 ESV

Finally, an issue that I am passionate about. I have looked for information of this caliber for the last several hours. Your site is greatly appreciated.

What a great resource!

I just added your blog site to my blogroll, I pray you would give some thought to doing the same.