Any Way You Can: Billy Graham's Multi-Directional Plan of Salvation 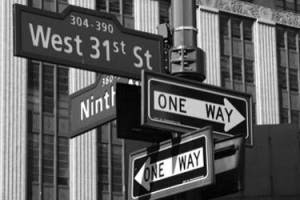 
Billy Graham is known as one of the greatest evangelical leaders of the modern day era. But how are we to judge our leaders in the Church? Are we to judge by the thousands that attend their crusades? How many world leaders that they have "influenced"? How many powerful friends they have? How many years they've produced "success" in their ministry? Or how about how much money they've made?

Most would say no, but if we take an honest look at the state of things, this has in actuality become the criterion by which we judge the shepherds of the flock. As long as they have the appearances of moral uprightness, are personable (and have some sort of celebrity status), we are more than willing to give them a nod. Minus the status, these attributes are very important for pastors and teachers in the Church; however, we have a tendency to overshadow the most important standard of all:

Keep a close watch on yourself and on the teaching. Persist in this, for by so doing you will save both yourself and your hearers. - 1 Timothy 4:16 ESV

Do your best to present yourself to God as one approved, a worker who has no need to be ashamed, rightly handling the word of truth. - 2 Timothy 2:15 ESV


In the clips to follow, if we hold Graham (or Schuller) up to the Scripture's demands, does he past the test? I'm aware that such a statement may anger some people. While it is true and can be argued that some have been led to saving faith through Billy Graham's ministry, we must remember one thing:

The salvation of souls can be accomplished even when men falter because it is an act of our sovereign God who has decreed those souls saved and in no way, shape, form or fashion releases Church leaders (or any other Christian, for that matter) from their responsibility to speak the truth in terms of the Gospel of Jesus Christ. Therefore Graham, as well as any who hold to the teachings espoused here, are to be held accountable to what the Scriptures teach (John 6:37, 44; 10:1-18).


Here's John MacArthur's with a biblical response to Graham's philosophy of Salvation:


And here is a final warning from John Piper:

"This Jesus is the stone that was rejected by you, the builders, which has become the cornerstone. And there is salvation in no one else, for there is no other name under heaven given among men by which we must be saved." - Acts 4:11-12 ESV