Uncomfortably Well Off (Matthew 5: 2-5 applied): Sermon on the Mount Pt. 2 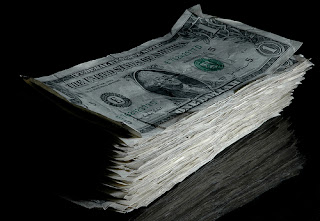 And as he was setting out on his journey, a man ran up and knelt before him and asked him, “Good Teacher, what must I do to inherit eternal life?” And Jesus said to him, “Why do you call me good? No one is good except God alone. You know the commandments: ‘Do not murder, Do not commit adultery, Do not steal, Do not bear false witness, Do not defraud, Honor your father and mother.’” And he said to him, “Teacher, all these I have kept from my youth.” And Jesus, looking at him, loved him, and said to him, “You lack one thing: go, sell all that you have and give to the poor, and you will have treasure in heaven; and come, follow me.” Disheartened by the saying, he went away sorrowful, for he had great possessions.And Jesus looked around and said to his disciples, “How difficult it will be for those who have wealth to enter the kingdom of God!” And the disciples were amazed at his words. But Jesus said to them again, “Children, how difficult it is to enter the kingdom of God! It is easier for a camel to go through the eye of a needle than for a rich person to enter the kingdom of God.” And they were exceedingly astonished, and said to him, “Then who can be saved?” Jesus looked at them and said, “With man it is impossible, but not with God. For all things are possible with God.” Peter began to say to him, “See, we have left everything and followed you.” Jesus said, “Truly, I say to you, there is no one who has left house or brothers or sisters or mother or father or children or lands, for my sake and for the gospel, who will not receive a hundredfold now in this time, houses and brothers and sisters and mothers and children and lands, with persecutions, and in the age to come eternal life. But many who are first will be last, and the last first.” - Mark 10:17-31 ESV

Taking into account what has already been discussed (about what Jesus lays out for those who wish to enter the kingdom of heaven at the beginning of the SOTM), we need to look no further than scripture itself to see this lesson aptly applied to show the relevancy of the conclusion. To review, let's summarize what has been stated previously:{What Jesus says to his followers in the first three beatitudes (blessed are the poor in spirit, blessed are those who mourn, and blessed are the meek) are not statements of kingdom living, but how one must enter the kingdom itself.}The reason that this needs to be stressed is simple; if we don't follow the pattern that Christ sets before us, it becomes perilously easy to accept someone on mere appearances--only putting stock in the superficial. It reminds me of what Charles Haddon Spurgeon once said:"When you see a man with a great deal of religion displayed in his shop window, you may depend upon it, he keeps a very small stock of it within."A Case StudyIn the verses above, we meet the rich young man who is eager to follow Christ. However eager he may be, Jesus does not let him come easily. He doesn't just take the man at face value; he gets to the issues of the heart. There is no "easy believism" when it comes to following the Savior. This young rulers answers show him for what he truly is and not what he presents himself to be. Granted, he may have been sincere in his pursuits, but he pursued them wrongly.

'Why do you call me good?' (and why that's so bad)
While the young man does see Jesus as "good teacher", he does not truly see him for what he really is. He does not recognize Christ as Lord and Savior--only as a teacher of righteousness instead of righteousness itself. Mark records that the man knelt before him, yet at the same time, he fails to bow the knee of his heart. Here is where we can see a lack of poorness in spirit. He wants to gain eternal life, but not necessarily because he is lacking. After all, what do you get the man that has everything except everything? He asks what he must do; he never repents of anything. Basically his question is actually something along the lines of "tell me what to do and I will do it", never realizing that there is nothing that he can do at all. He may have made the intellectual connection to the truth of Jesus' teachings, but his heart remained unchanged.

The Law as Child's Play
Systematically, the next thing that we see is, due to the lack of a poorness in spirit, a lack of mourning for the fallen state of his human condition. When Christ asks the young man about the commandments, he says that he has kept them all, "from his youth". There you have it. No mourning on his part because he obviously has nothing to mourn. The irony of the statement is that he claims to have kept the law from his youth and yet the scriptures attest to him being a young man. His answer is impetuous (we could give him the benefit of the doubt as to whether or not he kept them all, but it is highly unlikely). The failure to see the emptiness of himself in terms of salvation are due largely in part to the fact that he fails to see the proper function of the law in bringing us to salvation (Romans 7:7-25; Galatians 3:19-26). He sees the law as a means of salvation, not as the thing that points to salvation; therefore he sees no need to mourn, for keeping the law for him is something that even a child could do. He is only concerned with what he is doing externally, but Jesus is trying to break him open to reveal the truest nature of his heart (Mark 7:14-23).

Too Hard to be Humble
After all is said and done, Jesus loves the young man enough to tell him what he lacks. What is missing in this young man's plight for eternal life is a heart of total devotion for God. He is unable to give up all of his worldly possessions because he is unable to see the infinite value in the inheritance of Christ himself. Why? Well, if he doesn't see himself as spiritually bankrupt, he won't mourn that loss. This places the means of salvation firmly upon his own ability to accomplish it if he knows what to do. Christ is just the guide--a "teacher" to point him in the right direction. So, it is only right for him to count this cost of absolute submission to God through the giving up of all worldly possessions as to high a cost. He is staring everything he will ever need in the face, yet he can't let go of what he has in order to keep it. Again, he may have liked what Christ was teaching, but doesn't have faith that Christ can sustain him. This will be his ruin (Hebrews 11:6). The truth of this condition definitely causes him grief. However, let's not be mistaken; it's the idea of losing his worldly possessions that cause him mourning, not loss of eternal life. He has chosen his master and for him there was no turning back (Matthew 16:26; Luke 16:13). Christ cuts to the heart of the matter and exposes the true nature of the young man's being, where meekness is nowhere to be found.

Conclusion & Application
Here we see a perfect biblical antithesis of what it is to be in the kingdom of God. There are several key points to be learned even for us in the church today if we want to avoid making some of these faulty assumptions:

1. Salvation is of the Lord. There is nothing that a man can do or say from within himself that can better his position with God. Natural man is an enemy of God whether passive or aggressive in nature. Only God can remove that hostility and bring man into right fellowship and communion with himself (Psalms 65:4; Ezekiel 36:25-27)
2. God sees the heart, not merely duty. We may fool others by actions and lip service (or be fooled ourselves), but never God (1 Samuel 16:7; Jeremiah 17:9-10).
3. Money and possessions should never be placed as a priority over Christ. Many of today's churches have resorted to teaching a prosperity "gospel", which seeks to make heaven on earth now; placing our greatest value on the inheritance of worldly things and not Christ (the living Word of God) and his kingdom that is to come. To quote Francis Grimke':

"And yet how often we find men in our pulpits searching heaven and earth for something new to preach about, while this treasure-house of wisdom and knowledge, of the things necessary for salvation, is neglected, passed by, and overlooked."
and again,
"They have preached on almost everything except Jesus Christ as the Lamb of God whose blood alone cleanses from sin. The thought of sin, from which we need to be saved, has largely dropped out of most of our preaching."
Money can never save the soul. Having more worldly possessions will never bring you everlasting happiness, nor should this be our chief pursuit. These are things that can only be found in God, through salvation in Jesus, alone. We may certainly have blessings in this world--monetary, as well as others. But those blessings will only come with pursuing a proper devotion to Christ and the Kingdom of God (Proverbs 30:7-9; Philippians 4:10-13; 1 Tim 6:6-10; James 4:1-3).

Email ThisBlogThis!Share to TwitterShare to FacebookShare to Pinterest
Labels: Bible Study, Sermon on the Mount, Theology