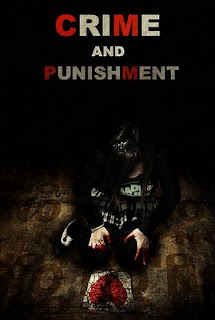 "Do not think that I have come to abolish the Law or the Prophets; I have not come to abolish them but to fulfill them. For truly, I say to you, until heaven and earth pass away, not an iota, not a dot, will pass from the Law until all is accomplished. Therefore whoever relaxes one of the least of these commandments and teaches others to do the same will be called least in the kingdom of heaven, but whoever does them and teaches them will be called great in the kingdom of heaven. For I tell you, unless your righteousness exceeds that of the scribes and Pharisees, you will never enter the kingdom of heaven."

Growing up, I had this passage explained to me on several occasions, but I can say in all honesty, none of those explanations ever gave me any sort of feelings of eternal peace or rest in Jesus. The way that those in charge of my spiritual formation explained this passage to me sounded something like this:

"Now that we've accepted Jesus, we have to do everything in our power to follow his commandments, or else we won't receive our reward in heaven."

This is more or less a composite of several explanations, but the implication remains the same. Even recently, I heard a well-meaning minister urge his congregation to follow the Savior using this same sentiment. The problem with approaching this passage in this manner is that it:

(1) will only drive us to despair.
and,
(2) unless we look to Jesus himself as the key to interpreting this passage, we will miss the point altogether.

Jesus coming to fulfill the law is not meant to be seen merely as a parroting of what Moses brought to the people of Israel (Hebrews 3:1-6). The Pharisees accused Him of breaking the law because they (much like so many of us today) did not see Jesus as THE fulfillment of the OT law and prophecy(Matthew 17:1-5, Rom. 3:21). Therefore, they spent their time manufacturing righteousness. It is important to remember that the Pharisees were extremely lawful. Their righteousness was founded upon this very fact (they also believed that it was their lawful righteousness that would usher in the Messiah and his kingdom). However, their fanatical need to fulfill the law via their own abilities left them lopsided; for they neglected the greater issues and purpose of the law (Rom. 3:21, Gal. 3:24). This led them and the people that they were supposed to be serving into total despair. While they were so busy following the law, as well as making up new ones to keep, they ignored the law altogether (Matthew 23:1-39).

And so it is with us. When we look to ourselves or a jury of our peers as a parameter for our righteousness, it will lead us to nothing less than many sleepless nights (Matthew 10:28). By these standards, when are we ever good enough? Especially when we take into account the law of God, which we are all guilty of breaking. We are all aware of the fact the we just don't measure up. So we, like our first parents, spend our lives making suits of fig leaves; trying to hide the truth of how flawed we are (Gen. 3:1-7, 1 John 1:8,10; 2:4).

But there is good news, even within this passage. It is Jesus that is the righteousness that exceeds that of the Pharisees through his life and death (Romans 10:4-13). The Apostle Paul appropriately points to Jesus as the answer to the treacherous natural state of our humanity. He shows us that if we attempt to live by the letter of the law, we are justly condemned for our inability to follow it . In pointing out his own inability to follow the law, he himself is driven to despair, but calls to remembrance the salvation that he has in Jesus and gives glory to God for giving us the Son (Romans 7:13-25).

Contrary to popular belief (and Poor Richard's Almanac), the Lord does not "help those who help themselves". For that, we should thankful.

For all who rely on works of the law are under a curse; for it is written, “Cursed be everyone who does not abide by all things written in the Book of the Law, and do them.”Now it is evident that no one is justified before God by the law, for “The righteous shall live by faith.” But the law is not of faith, rather “The one who does them shall live by them.” Christ redeemed us from the curse of the law by becoming a curse for us—for it is written, “Cursed is everyone who is hanged on a tree”— so that in Christ Jesus the blessing of Abraham might come to the Gentiles, so that we might receive the promised Spirit through faith. - Galatians 3:10-14

” "Do not think that I have come to abolish the Law or the Prophets; I have not come to abolish them but to fulfill them. For truly, I say to you, until heaven and earth pass away, not an iota, not a dot, will pass from the Law until all is accomplished.Therefore whoever relaxes one of the least of these commandmen …..”

If you want to follow the first century Ribi Yehoshua (the Messiah) from Nazareth: A logical analysis of the historical documents, including the earliest MSS, and archaeology shows what he taught and how to follow him.
Learn more here: www.netzarim.co.il