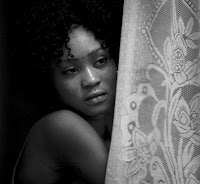 Reading this article brings to remembrance Isaiah 1:17. Be prayerful...

Brace yourself for a new level of horror in Haiti: Vulnerable children and teens sold into slavery and the sex trade, or simply shot in the streets for no reason.

You can take it from an expert on these miseries. Nicolette Gramms, who worked with an human rights agency, the International Justice Mission that specialized in rescuing the victims, writes for The Atlantic that "natural disasters unfailingly bring us new business." She says:


In today's world, the twin causes of human slavery -- poverty and vulnerability -- increase exponentially after natural disasters... Even without the pandemonium unleashed by a 7.0 earthquake, an estimated quarter-million Haitian children are trafficked (into slave labor or the sex trade) within the country each year.


Now, Rev. Mark Driscoll, the pastor of Seattle's Mars Hill Church who is known nationwide for his blunt talking sermons and in-your-face evangelism, has seen the sex trade revving up amid the rubble.

Driscoll and James MacDonald of Harvest Bible Chapel in Chicago raced down to Haiti to assess the damages to the church infra-structure and launch a drive to rebuild places of worship, churcheshelpingchurches.org.

Faith groups offer the fundamental social network for education, welfare and health in a nation with virtually no government -- and that was true before the quake. .

Driscoll described those experiences to me in his first interview back in the states last night.

They were standing at the near the entrance to the Evangelical Theological Seminary, a 75-year-old school on a hill that is now sheltering 5,000 homeless Haitians, when they heard, "Pop! Pop!"

They looked just a few feet outside of the refuge and there they found a teenage boy has been murdered "for no apparent reason. He was just shot in the head and left in the street."

Driscoll and Macdonald also saw a glimpse of what lies ahead for many young girls. His posting on line:


If u want a phone, cigarettes or a teenage girl you can get them here in Port au Prince. Like the American who said he's on a relief mission and bought a hungry girl despite our confrontation.


I asked Driscoll more about that scene in a brief phone interview with him last night, minutes after his return last night to the USA.


We were downtown loading up our film crew. There were no police, no medics, to be seen by a huge park with hundreds of people camping out with no where else to go. There was a little cart with a red umbrella and a man selling cell phones and cigarettes -- and a few young girls.


"You want to buy loving?" the guy asked me. I said, "What in the world are you talking about?"

But there was another guy there, who claimed to be a translator for a relief agency, who was negotiating a price for a girl. I asked him what he was trying to do. He said, "Oh, she's a friend of mine. We're just trying to connect."

That's ridiculous. A young girl. A man 20 or 30 years older. I told him this was unacceptable. MacDonald confronted him, too. But there were no police and you could argue all you wanted but the girl took his money and they walked away."


The pastors plan to send the man's photo to the relief agency where he claimed to work but the incident has left Driscoll, a father of four, including a teenage daughter, shaking with anger.

So, if you're within sound or reach of Driscoll or MacDonald this Sunday -- and more than 80,000 people are part of their church networks, millions more download Driscoll's sermons or tune in the MacDonald's radio show -- expect harrowing stories and a challenge from the pulpit that won't mince words. Driscoll says,


We're not going to compete with existing aid groups. We just want to use our influence to help churches effectively mobilize to raise funds for relief...


People are desperate. Young girls are ripe for the worst you can imagine.

He has told you, O man, what is good; and what does the Lord require of you but to do justice, and to love kindness, and to walk humbly with your God? - Micah 6:8


Religion that is pure and undefiled before God, the Father, is this: to visit orphans and widows in their affliction, and to keep oneself unstained from the world. - James 1:27

Posted via web from THE CENTER (ROOM 116)