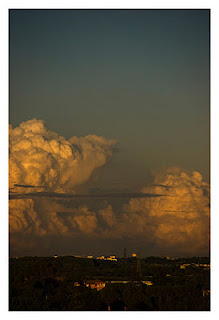 And he made from one man every nation of mankind to live on all the face of the earth, having determined allotted periods and the boundaries of their dwelling place, that they should seek God, and perhaps feel their way toward him and find him. Yet he is actually not far from each one of us, for
“‘In him we live and move and have our being’;
as even some of your own poets have said,
“‘For we are indeed his offspring.’
Being then God's offspring, we ought not to think that the divine being is like gold or silver or stone, an image formed by the art and imagination of man.

Everyday is an apocalypse…

From the cars on the street to the people that we meet
God is revealing…Himself.
He is constantly letting us know that we are not alone.
Also, that we are not our own.
But still we press on.
We press on as if everything that has ever happened
In the course of our existence was nothing more than a random, happy little accident –
A very precise, everything just right…”accident”.

Nothing more than a big “Oops” or “Uh-oh” that brought about change.
From ooze to the zoo to you – we’re all the same
“You might be free, but your relatives swing from trees
And throw feces in cages…isn’t that amazing?!”
No, it’s scathing and seriously inconsiderate.
It’s akin to taking the Artisan’s work and using it in a birdcage to catch pigeon sh**.

Art without evidence is a scientifically manufactured illusion
To free us from the notion of Divine inclusion, or better yet intrusion
And yet, we ignore the body of work like a crime scene at the dinner table.
So Cain didn’t kill Abel…it was an “evolutionary process”.
“The survival of the fittest shows us how much we have progressed”.

What a mess; but it’s our best guess
That we feed to our sons and daughters
We’re ignoring the fact that chaos can only produce more chaos
And never produce order.
Creation’s primary goal is not to self-create or to replicate;
Creation resonates
It is the thumbprint of a Creator –
So let’s do away with just looking at scientific data
And all the other formulas to make us too scared to admit it
Ignore all you want, but the truth is you still need some dirt to play with…

Ex nihlo, nihlo fit –
Out of nothing, nothing comes
Yet still our textbooks read as if two zeros make a sum?!
But the only way that a zero can compute is with…One
The binary code of nature binds us to a Creator
But in a rebellion of thought mankind screams out:
“There is no God…and we hate him.”
Equating the concept of an almighty God to the Wizard of Oz
And yell at me to get off my yellow brick road
While clinging tightly to the curtain of “chance”
Trying not to reveal that it’s just fool’s gold
“Just click your heels three times to wake up from your dream
You’ll have all the answers you need if you simply believe…”
In what?! You know what the scarecrow, tin man and lion have in common?
They all have no chest, so they follow with no conscious
On the whims of a little girl’s dream, they reach the end of the road
Only to end up back in Kansas with nothing to show

But we behold Topeka it in its beauty; people of every tribe, tongue and nation
A place where wayward sons can stop along the journey to their final destination
Just one of the many havens that display the vast glory
Of a Maker who is benevolent
Who made Himself a God-send and not one of Maury’s guests
Never worry about second-guessing who our Father is
Because our DNA is the proof we need to show us that we are known to Him
None like Him, so there’s none like us
He is holy, wholly Other; so I’m wholly broken dust
Made whole again by the sacrifice of His offering
Of a Kinsman Redeemer’s love
Lisping to us in the spoken word
Healing us from the greatest lie we’ve ever heard
The hiss from the serpent’s lips
That has thrown the true origin of our species off course
And has left us an inheritance of a violent wind
And blindness as a curse

But our Creator heals the calloused eye
And He also masters the storm
So even if all around me were swept away
His eye is on the sparrow –
Amidst the turbulence, this is my calm

The Devil is only in the details
Because his Maker saw it fitting for him to exist
So, in other words, there are no “maverick molecules”…

Everyday is an Apocalypse.

Soli Deo Gloria,
Shon
Posted via email from THE CENTER (ROOM 116)
Posted by Shon at 2:25 PM