Trafficking the Girl Next Door 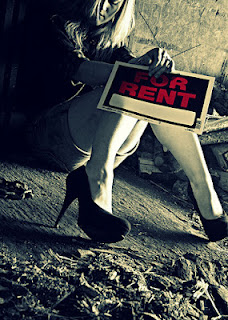 During the 1980s, mothers used the phrase "stranger danger" to caution their children about the possibility of kidnappings. It was the idea of seeing your missing child's photo on the side of a milk carton that caused many U.S. families to warn their kids about abductions. The possibility of human trafficking wasn't even on most parents' radar screen.
Yet during the same time period, a 13-year-old Miami girl became one of the countless children to fall prey to a sex trafficking scheme. Only in recent years have U.S. officials realized the trend is just as alarming at home as it is abroad. According to the U.S. Department of Justice, human trafficking ranks second only to drug trafficking as the fastest growing criminal industry worldwide. And half of those trafficked are children.
In 1985, Katariina Rosenblatt, her teenage brother, and their mother left their South Florida home to escape Kat's abusive father. Katariina's mother was trying to hold down a job while caring for her children. The family lived out of a Miami Beach hotel, where the kids spent most days unsupervised at the swimming pool. There, Katariina was approached by Mary, a sophisticated 19-year-old who took an interest in the young teen. "She was everything I thought I wanted to be," Katariina says. "Thin, pretty, blond hair, and blue eyes."
The sexual, verbal, and physical abuse Katariina had endured from her father left her damaged and vulnerable, a weakness Mary quickly sensed. Offering her friendship and sisterly advice, Mary began telling Katariina about local men who would take care of her, give her money for food, and offer fatherly love. In reality, Mary was a recruiter for a local child trafficking ring.
"The devil doesn't come with a pitchfork," Katariina says. "He's much more deceptive. For me, he came in the form of a girl in a red bikini."
Led by Mary, Katariina soon found herself sequestered in a room with a 65-year-old man who attempted to purchase her, still a virgin, for $550. Refusing the marijuana she was offered, Katariina narrowly escaped the exchange and fled back to her hotel room. It was the first in a series of trafficking scenarios she would face as a young teen, and the only one she would manage to escape unscathed.


God's Whispers
In the following years Katariina became ensnared in a series of trafficking exchanges, all unbeknownst to her mother. In one instance, she went to a sleepover at a friend's whose father was a pedophile and worked as a trafficker. Katariina was taken to an apartment-style brothel in a neighboring county and exploited by a 40-year-old man who fostered her cocaine addiction and began making her dependent on him and the future men who would exploit her in exchange for drugs, food, and temporary affection.
Continued...